If you are a voice actor, you are probably familiar with VOICE2012. This International Creative Experience Conference, organized by the VoiceActing Academy, is one o

f the premier events to showcase talented voice actors from all over the world. VocalBoothToGo.com unveiled many of its portable vocal booths during this conference, held in June 2012, at the Disneyland Hotel and Resort in Anaheim, CA. The sound booths were used for auditions and received raving reviews from attendees. These VocalBoothToGo mobile vocal booths are now available from the online store.

At its exhibit, voice actors got the chance to test out the portable booths including its VB 33, VB 63 and VB 66 vocal booths and saw first hand the portability of the Carry-On Vocal Booth — it fits into a bag. Voice actors also saw many types of Producerâs Choice sound blankets, acoustic blankets and absorption panels.

The booths meet the high standards for the sound recording industry and actually were put to the test during VOICE 2012. VoiceActing Academy team members took advantage of the vocal boothâs excellent sound absorption and conducted real-life auditions in the double wall VB-66 Sound booth during the event.

Many were very surprised at the high-quality of the sound recording in the VocalBoothToGo sound booth. Auditions were sent to New York, Nashville, Los Angeles, Philippines, Turkey, Canada, Australia and other cities and countries, where the recordings were transferred by ISDN. 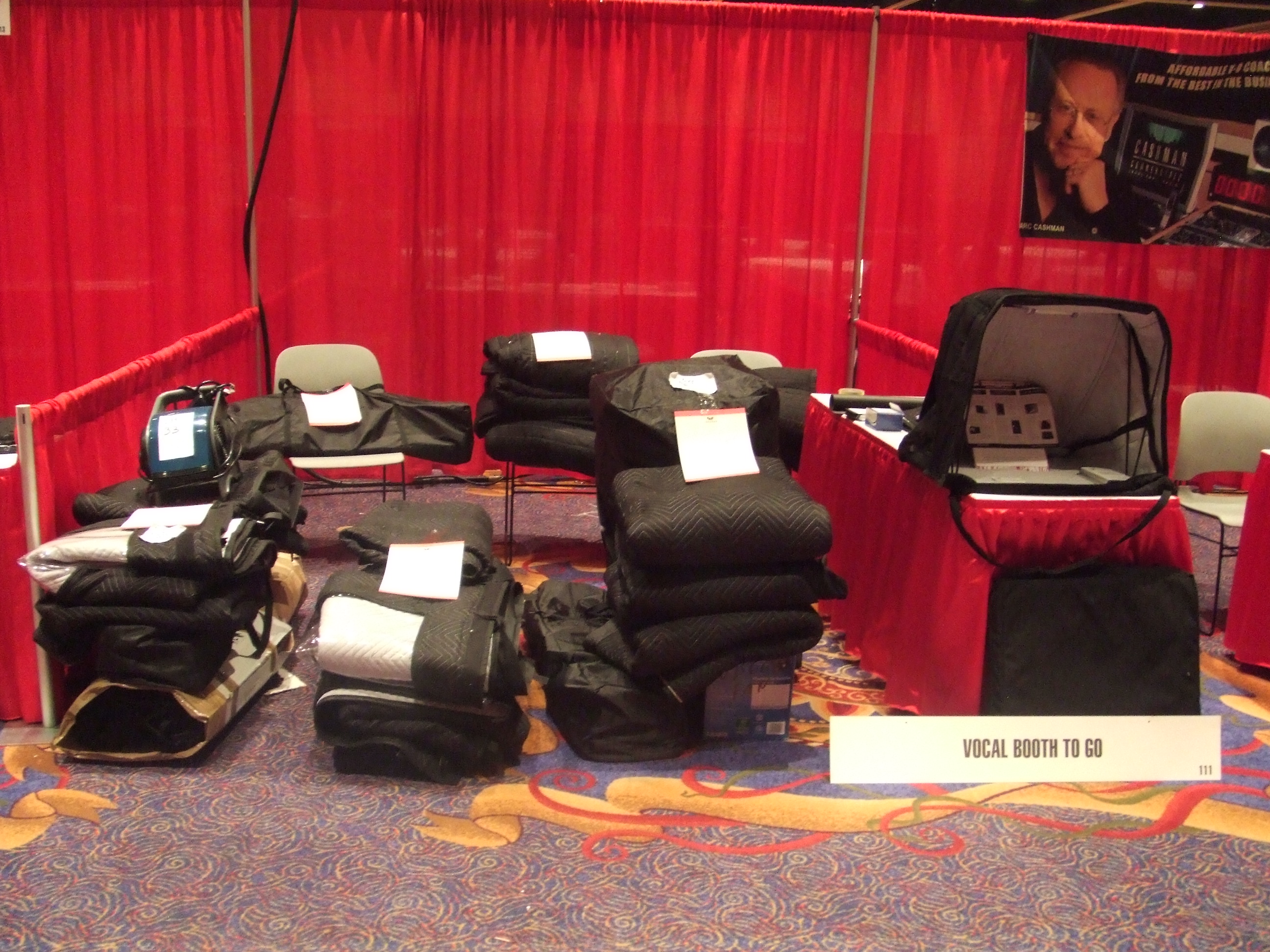 rences are traditionally held every two years. It is estimated that this yearâs conference attracted close to 400 attendees.