In addition to all the great features of the 2018 booth, we are using a much thicker sound absorption liner in the walls of both models to improve acoustics and some other modifications to make this booth easier to use.  We also offer Single and Double wall options of the sound booths.

We have 3 sizes of booths available, each size will have a single wall and enhanced double-wall option.

Back by popular demand, we now have a double thick walled booth to add even more sound blocking to the unit.

Even our single walled booth is now thicker and has a much more robust inner felt lining that also has fire resistance.

We will offer both single-wall and double-wall units that feature improved sound blocking and anti-vibration mat to de-couple the booth from the floor.

This new booth will be a great fit for anyone who wants to work from home or office and block outside noise when they do their voice recording, or on the other hand if they want to practice without getting their neighbors upset.

Use it for Voice Over work, singing practice, practicing instruments, Audiometry testing, and any other application where you need to reduce the loudness of either yourself or a need to quiet down your environment to get the result you are looking for.

First of all we minimized the number of parts that come with the booth, which made the assembly easier and reduced the overall weight of the total booth, without compromising the sound blocking efficacy.

Secondly we redesigned the panels and changed the way the parts are connected.  This gave two advantages:

1 – the wall and roof panels connection is tighter, neater and as a result there is less sound leaking through the panel connection;

2 – all walls are now the same, so it can be connected in different configuration and allow to build a large booth from the same parts.

(obviously there should be more parts to build a larger booth).

And finally, the most important design feature is a swing open door!

Now the booth works more like a traditional sound booth, where the door can be opened and closed. So there is not need to slide in between the panels and risk ruining your hair!

As a Bonus we included a soundproof anti vibration floor mat!

This feature was requested by many people to prevent the sound leaking to the apartment below.

It also important feature because the Booth now stands on top of the mat, which cancels the sound vibrations transmitted through the structural elements of the building, in other words through the floor.  Professional’s will immediately appreciate this new feature because it provides additional decoupling of the Microphone stand.

It is a brand-new booth, so we did not do an official sound test yet.  But we did test it.

We tested it two ways: how it blocks the outside noise from getting into the booth and how efficient it is in blocking the sound from getting out of the booth.

This video shows how we conducted the test and the test results.

So, all in all we are very happy with the new booth performance.

The booth comes packed in durable duffel bags so it can be easily packed away for storage or for transportation to a new location.

Bags can fit in a passenger car, but be aware they are still very heavy.

We recommend to have a friend to help you carrying and assembling the booth. It’s always more fun with friends!

But with the sound blocking capacity of about 27- 33 dB it is the most mobile Soundproof Booth available.

You can transport it in a car, on a train and on a plane (they would probably charge you a lot for the overweight, though).  You can even mail it to your new destination.

Assembly would take about 20 minutes. It can be assembled by one person, but we do advise you to get some help.

The booth assembly requires no tools and pretty much intuitive.

We cut down on branding compared to the previous version. We only have one nice logo on the front door, just to say “Hi!”

The corners are all covered up and tight.  The booth looks much nicer, slimmer than the previous versions.

The door makes it look like a proper Sound booth.

It comes in one color – Black, and looks very professional.

Introducing the NEW and IMPROVED VOMO!

The latest and greatest design of the carry on vocal booth that is sweeping across the globe, helping voice over artists and singers record anywhere has been updated and redesigned to be even better.

The new VOMO now features new outer material that is more robust and resists tears and rips. We now have a new tripod for the VOMO that is compact and works with the VOMO standing or sitting.

The accessories are now stored in the sides of the booth in pockets for easy access. The metal base is now thicker and sturdier for very stable tripod mounting.

Announcing our NEW website for our carry on portable vocal booth, VOMO!

Here you find the VOMO is a well traveled expert in capturing your voice in an excellent way anywhere you are!

You will also be encouraged to follow voice actor Simon Hill as he travels Southeast Asia with his VOMO in tow as he continues his VO work from exotic locations.

Here you will find the latest news and information about Vocal Booth To Go’s current lineup of products for the Vocal Professional and DIY’ers. 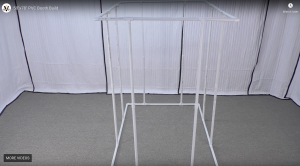 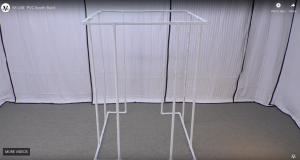 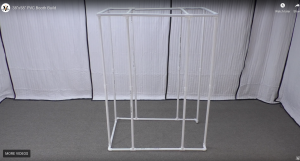 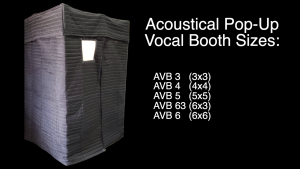 This video demonstrates our newest Acoustical AVB Series Booths in action! They come in a variety of sizes; 3×3, 4×4, 5×5, 6×3 and 6×6 for just about any place you have space! The lightweight aluminum    ..Read More 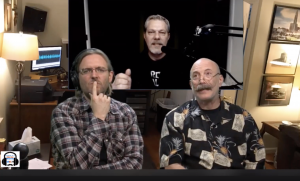 Tim Tippets (VOTechGuru) gets interviewed on Voice Over Body Shop by Dan Lenard and George (TheTech) Whittam concerning acoustical treatment and how it affects the space you are trying to make into a proper recording    ..Read More

This is another idea from Vocal Booth To Go how to make an acoustic panel without having to use any machinery, life threatening power tools or screwing around the cracks. This acoustic panels made    ..Read More 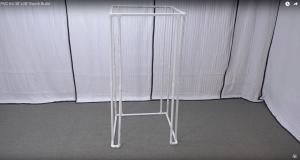 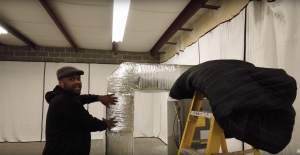 Mark from Vocal Booth To Go takes us along as he treats our new video recording space with our Producer’s Choice blanket material. He also will address a noisy AC unit in the space and    ..Read More 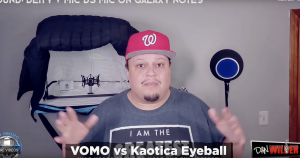 Dan Wilder, full time voice over promo talent that currently uses the VOMO to record, takes on the Kaotica Eyeball which is a popular product on the internet today. How will the VOMO square up    ..Read More 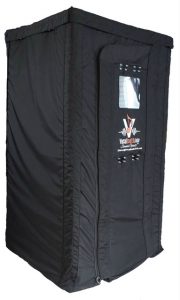 Soundproofer sound Booths, SPB Series, from VocalBoothToGo.com – how to choose the one that suits you best?

Email subject: Comparing SPB63 and SPB63-2 for Opera vocal practice. Message body: Hi! I am looking for a sound booth for operatic vocal practice, mainly to help contain the sound to protect other people in    ..Read More 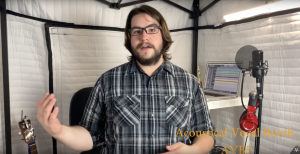 Mobile Acoustic Vocal Booth, 5 x 5, is a portable walk-in audio recording studio that gives you immediate acoustically treated room anywhere you set it up. Booth is made out of Producer’s choice acoustic blanket    ..Read More 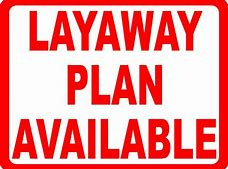 What is Layaway Purchase Option?

What Is Layaway? Layaway is a purchasing method in which a consumer places a deposit on an item to “lay it away” for later pick-up after they paid off the balance. Layaway option lets customers make    ..Read More

07
Jan
We do not share your personal details with anyone.